There are a lot of myths and misconceptions about obesity that are constantly being spread around the world. Despite extensive research and studies, society has developed a toxic concept of obesity and most are not willing to learn the truth behind the complex and chronic disease.

While we don’t know everything that there is to know about obesity and weight management, spreading myths and misconceptions is harmful and damaging.

Here are some common myths and misconceptions about obesity:

“Obesity is not a disease”

Culturally, we tend to see obesity as a result of poor lifestyle choices and character flaws. This is simply not the case.

Obesity is a complex and chronic disease that should be taken as seriously as any other illness or disease. It is a medical problem that can increase one’s risk for other diseases and health problems and affects millions worldwide.

“Obesity is caused by poor diet and no physical activity”

There are many reasons that someone may be affected by the disease of obesity. While poor diet and lack of physical activity can contribute to obesity, they are not the only factors that can cause it.

Sometimes obesity can be caused by genetics, medication or even rare diseases. For example, some medications that are used to help someone with physical or mental illnesses may cause weight gain which can lead to obesity. There are also people who are genetically predisposed to obesity and may struggle with it from birth.

While diet and exercise certainly play a role in someone’s health, it is not the sole cause or treatment for obesity.

People are not only misinformed about obesity. There is a lot of misinformation surrounding nutrition which can affect one’s perception of obesity and obesity treatment. For example: 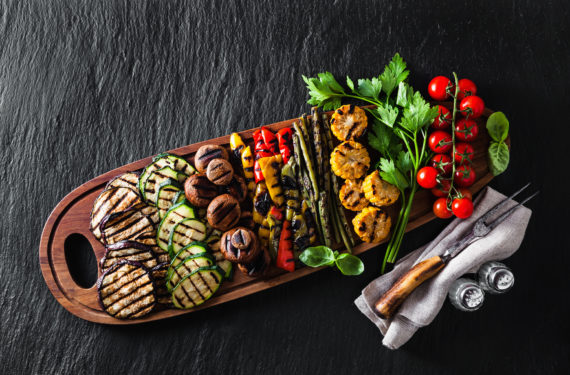 If you want to lose weight, the best way is through a diet low in carbs.

If you’re considering a diet that limits a specific food group, it’s probably not a plan that can be followed long-term. In other words, you might not be able to stick to it. Limiting fats, carbohydrates and protein may leave you lacking certain nutrients your body needs. Know that all foods can fit into your nutrition plan. Keep it balanced!

Eating one full meal a day will help you lose weight quickly.

While skipping meals will lead to temporary weight-loss, the results won’t stick. Limiting the amount of food, you consume doesn’t give your body the fuel it needs to function at its best. You won’t be able to perform daily functions the way you normally would. Skipping meals can also leave you with extreme hunger which can later result in over-indulgence and more calories. Instead, aim for at least three meals a day. A general rule of thumb is to eat every four to five hours with balanced foods. And if you’re hungry, grab a healthy snack to stay on-track.

By taking vitamins, you can get away with eating less-healthy foods.

Vitamins are not a replacement for a balanced diet. Instead, think of them as an insurance policy. If your balanced plate isn’t providing you enough of a certain nutrient, a multivitamin can make up for what’s missing. Aim for a variety of fruits, veggies, lean proteins, low-fat dairy and whole grains to give your body a leg-up.

With myths about obesity and nutrition constantly going around, it’s important to address them and provide people with the facts to avoid spreading untruthful information.